Meet Scott Gowland. The man behind the scottdoesthat brand and business. He's a thinker, a doer, a fisherman, helper, director or art (and TVCs) and a happy go lucky father of three (including twin girls). He's an expert in adverting communication design and strategy. Why? Because be bloody eats it for breakfast, lunch and dinner and has been fine tuning this dark art before this century began. He believes he's got a handle on it. Best you be the judge.

scottdoes...advertising.
"Growing up Scott was one of those kids who could always recite TV ads that had interrupted my morning fix of cartoons and children's shows. Not that he watched a great deal of TV, he was in fact a very active outdoors type of a kid, (bike rider, footy kicker, cricketer, little aths competitor, fisho, drawer, cubby builder) but advertising always had a strangle hold on him (as has visual communication)."
"Now as a grown up he's the guy behind the advertising work that's grabbing the attention of todays kids. He make no apologies for this. He enjoys creating all sorts of advertising communications, helping people make their minds up and assisting businesses or agencies deliver it. Whilst some see this as a 'weird dark arts pursuit', and an interruption (at times it can be), Scott sees it as a channel to express his creativity. Thankfully for all of us!"
Michelle Roberts. Nest Parenting Services.
"Advertising is a part of my life as much as I'm a part of it."
Scott Gowland. Scottdoesthat Creative Services.

scottdoes...everything!
One of the hardest tasks to do in life is self promotion (as I've just learnt again when trying to put together this website page). It just feels very unnatural to me. Yet flip the coin and ask me to sell someone else's wares, a businesses services or a product – easy peasy!
It's probably why I turn to testimonials written by those I've worked with and for to sell my capabilities (you can read these here). After all, these accounts are honest, can be vetted and provide a truth that is far more powerful than what you write about yourself. Regardless, I'm going to give it a go anyway (coz you probably want to read it).
Like the subtitle above, when it comes to creative services, I kinda do everything! Copywriting, illustration, art direction, concept development, finished art, photography, directing, producing, the list goes on. I say that with one caveat in mind - because today's advertising professionals have too!

When I studied at University (last century) the syllabus was firmly broken into two:
> Suits (Account Directors, Managers and Executives)
> Jeans (Copywriters, Art Directors, Illustrators, Finished Artists, Production).
I sat tightly in the jeans group (although jeans were quite a loose fit in the late 90s as I recall) and the subset of Copywriters. Whilst studying at uni you chose to be one of these creative types (not all of them) and learn the craft. The idea was you then try to get a job as one of these types.
Roll forward 20 plus years and that can still be the case for some, but not for many. Markers and pads have been replaced by screens and keyboards. Smart phones film and produce videos, opposed to camera's, film reels and crews. Studios lined with Macs have Art Directors sitting in them, permanently – the horror for the Studio Managers! Times have changed and I've changed with it. I've adapted. I had too. It means I can adequately fill and perform (at a high level) many of the roles creatives (and suits) need to do. And it's why I can safely say I offer full end to end creative services.
"One thing that has not changed is the power of the idea. Concept remains king. And those who are kings of the concept still rule!"
Scott Gowland. Scottdoesthat Creative Services.
Obtaining a BA in Creative Advertising greatly assisted me landing a job in advertising. As did some fine tuning at Awardschool. But it was an an Art Director, not as a copywriter, as I'd hope. This did turn out well for me as my LinkedIn Page shows. It allowed me make a career doing what I love most and getting to meet some amazing and wonderful people. Many are still my friends. As well as ply my craft working on a great number of terrific brands and inside some fun businesses. I even won a couple of Awards and played a part in helping an agency get crowned the Agency of the Year. That was a highlight.

Yet the biggest highlight that regularly comes my way is seeing businesses and people succeed through the support and services scottdoesthat provides. Especially friends and family. I agree, this may sound naff, and might set off a pessimists bullshit detector, but it's true. I like to help. It's why I'm on various committees, volunteer for my children's sports team and mow my neighbours lawn among other things. When you can use your skills to help others, works easy!
Now getting back to that caveat, all 'jeans' are better at one or maybe a couple of creative services than all of them. Me, it's probably Conceptual Development, classic Art Direction, TVC Production and Creative Strategy. So when I'm asked to do some nice photography, build a beaut website, write some functional copy – I can do it. I've got the experience and the miles in my sign pens. But if you want a killer set of photographs, a data integrated shopping cart enabled website or awesome long copy, I know my limits and I'll suggest we call someone in! But I will bring the work to life as a project manager – Scott(definitely)doesthat.

scottdoes...this when he's not working
I'm not going to bore you with all the ins and out of my life after the Mac lid shuts each day. I'll just help you picture it. 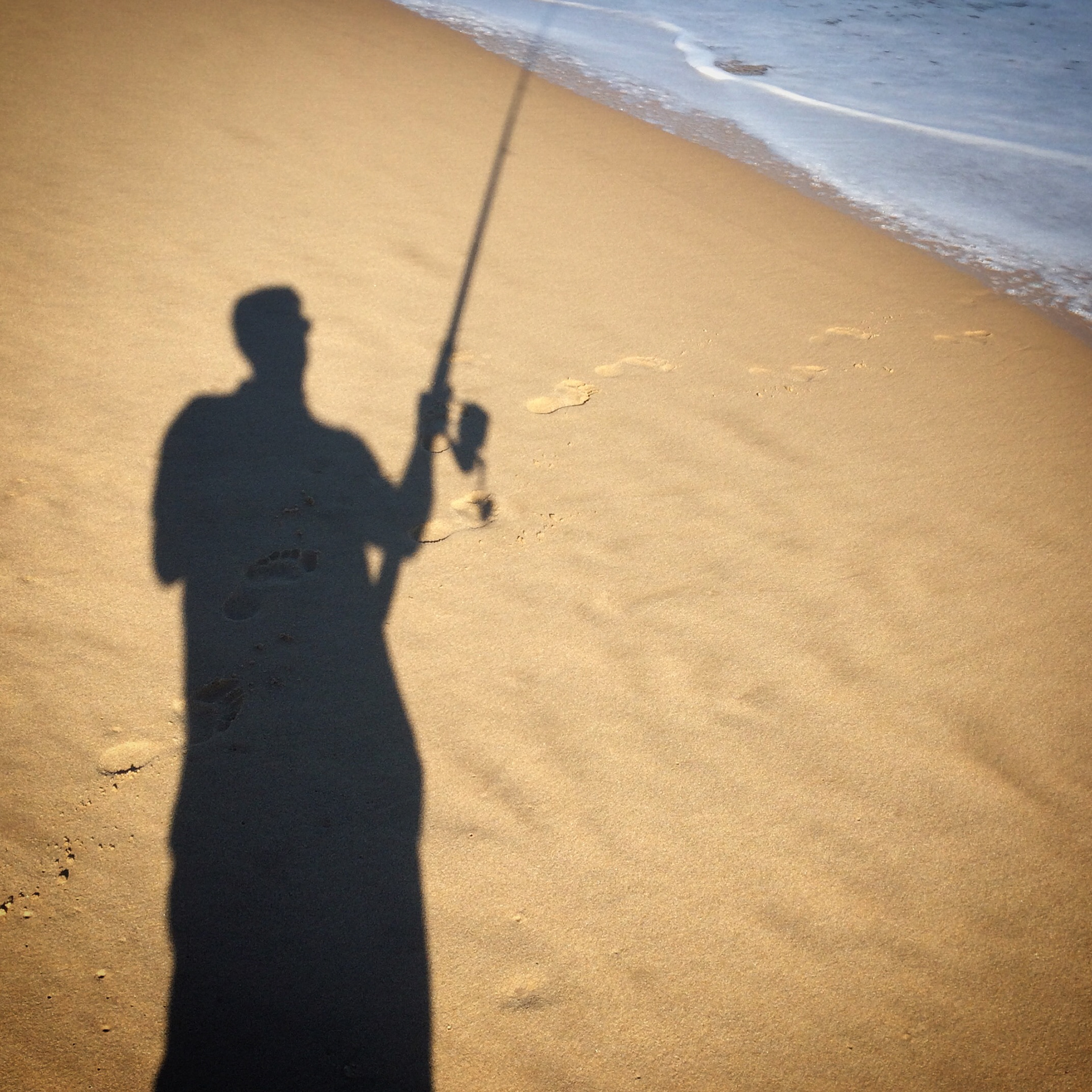 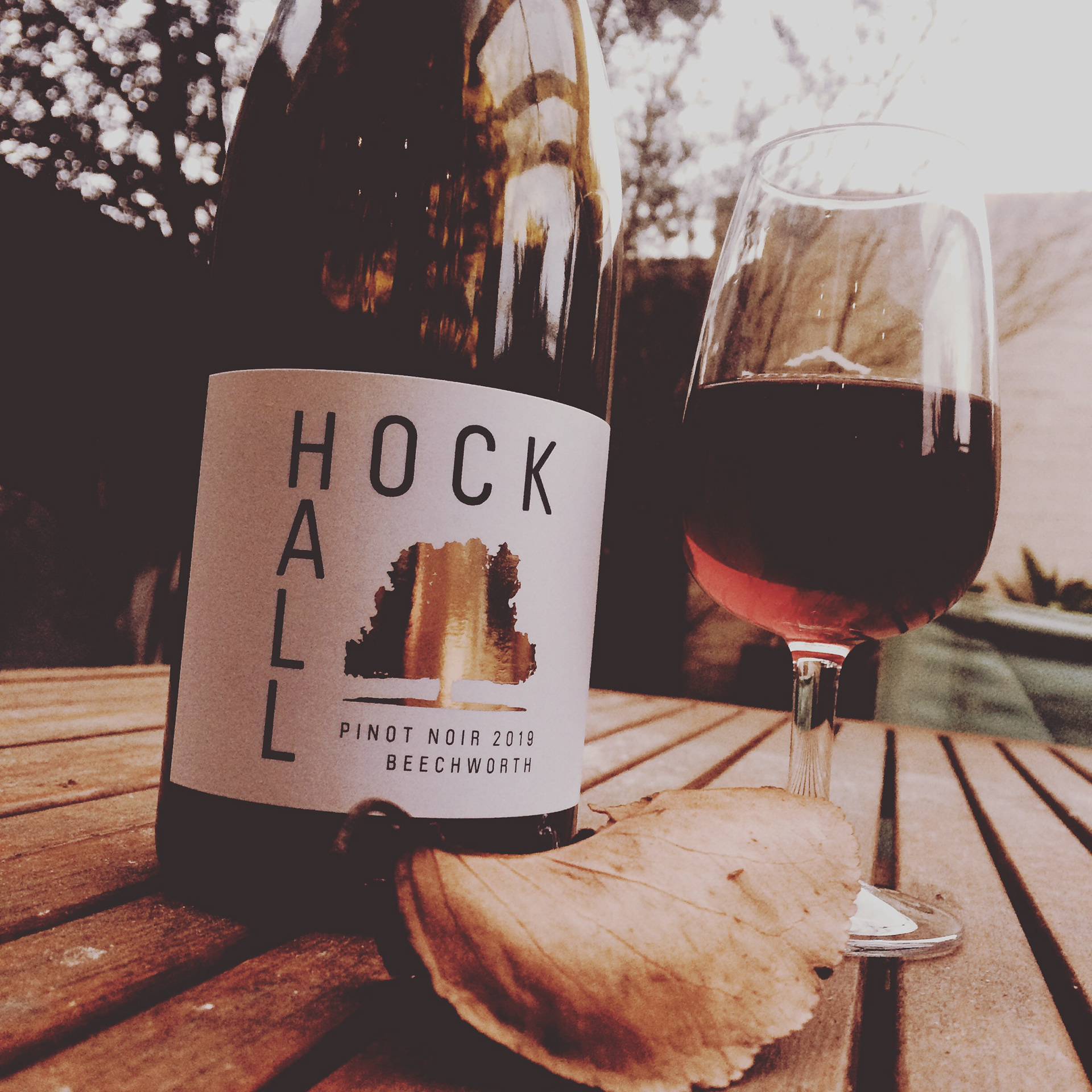 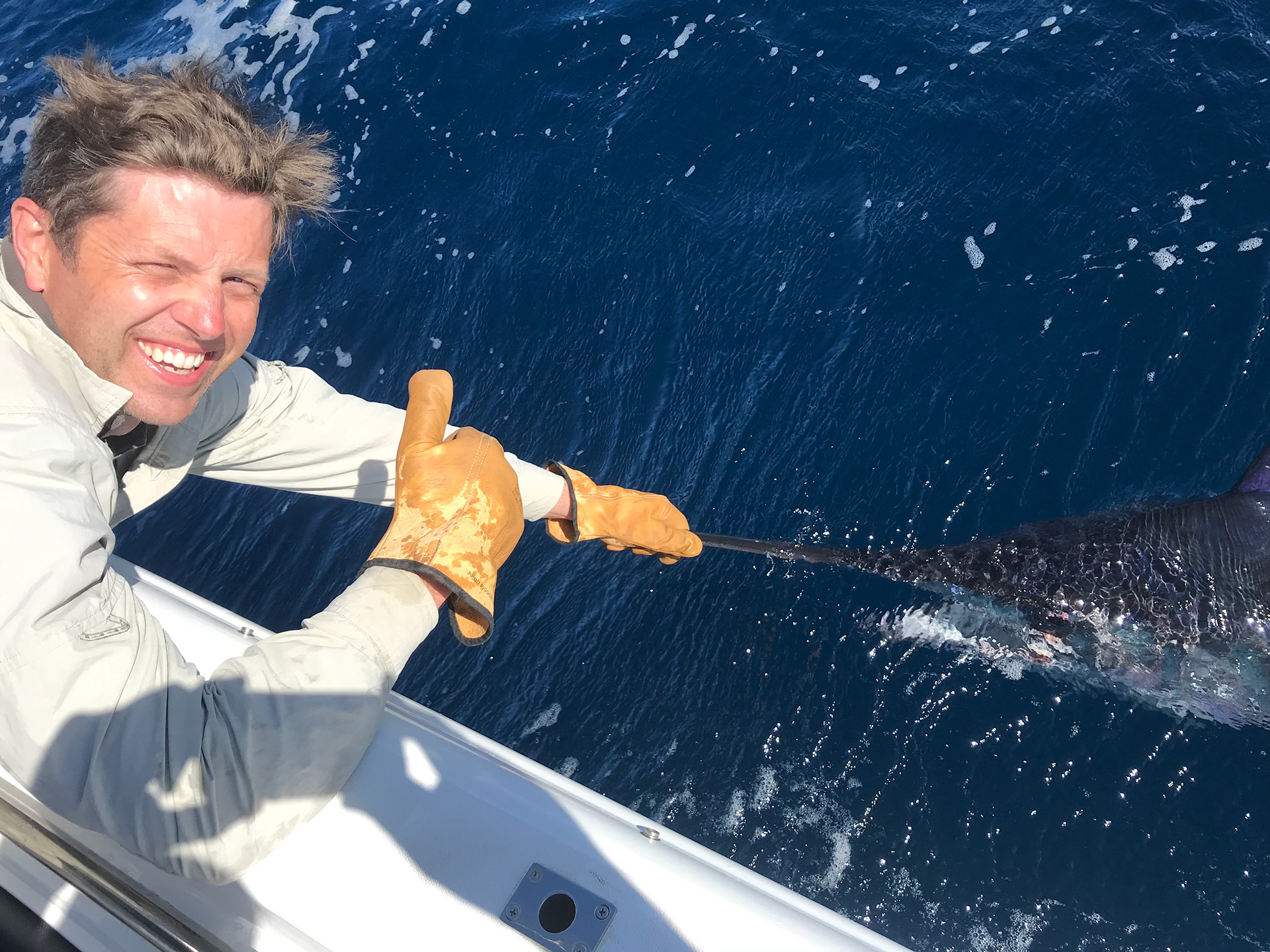 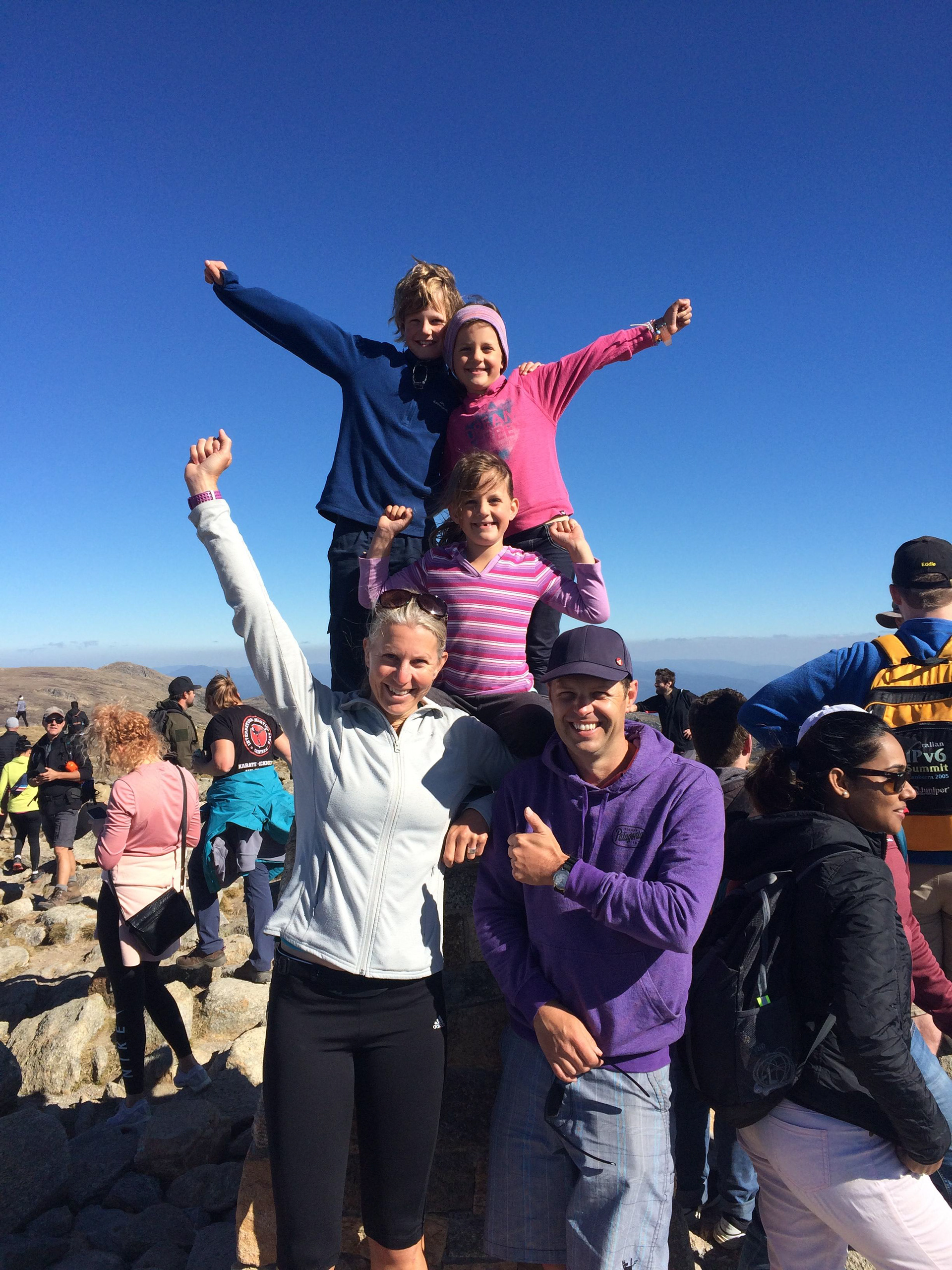 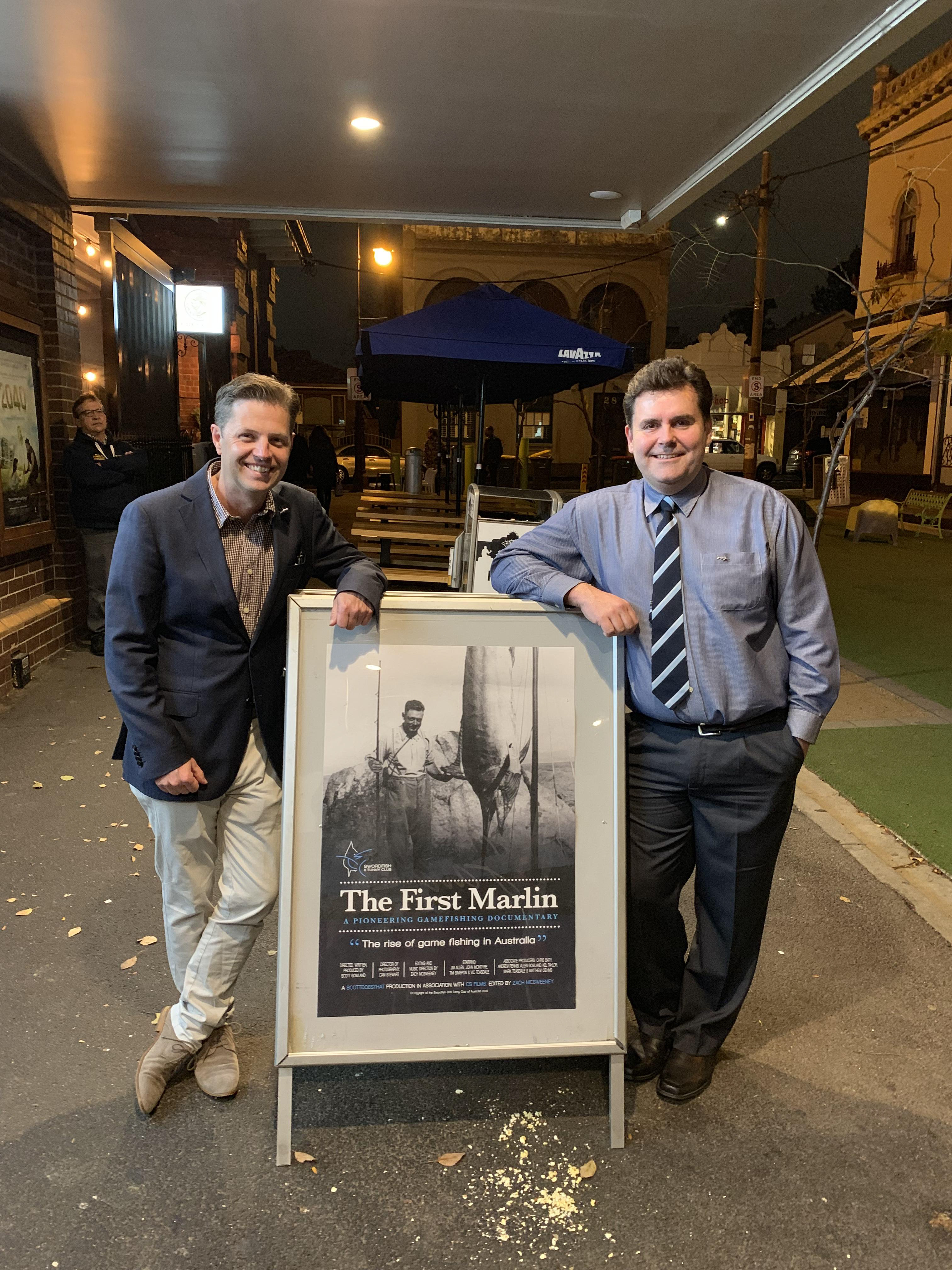 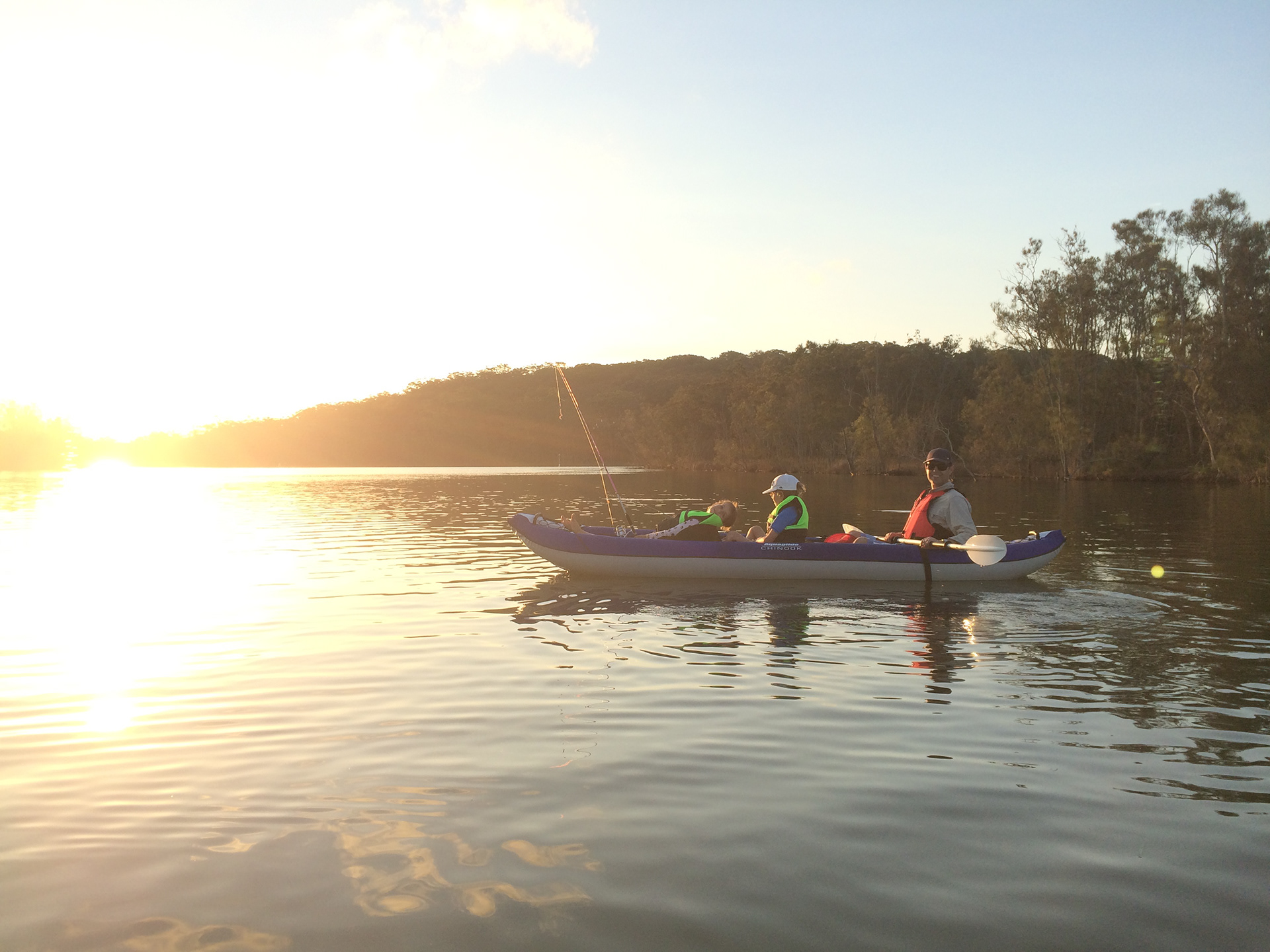 Opportunities to be employed often come through common life interests over and above the ability to get the job done. I've seen this first had on so many occasions – including how I landed my first job in as an Art Director in an ad agency. At that interview I spent more time discussing the stuffed Barramundi on the Creative Directors wall than selling my own abilities (that problem of mine again as noted above).
I see this angle as an integral part of the working relationship. No one wants to work with someone they can't get along with or have grand differences. It's a grind! IMPO the interpersonal business relationship is so important in delivering successful work outcomes. I vet my own work opportunities this way to ensure the fit is right. I trust you do to.

scottdoescoffee
Let's sip and chat! Allow scottdoesthat to shout you a cup and listen to what you need creative assistance with or to get some free friendly advice on a requirement you have.
↑Back to Top